Rosamond was promoted to a Personal Chair in 1997 and since 1999 she has held the Chair in Medieval History in the University of Cambridge's Faculty of History. She is a Fellow of the Royal Historical Society, the Royal Society of Arts, Manufacturing and Commerce, and the Society of Antiquaries, and a Korrespondierendes Mitglied of the Monumenta Germaniae Historica and of the Austrian Academy of Sciences, a Corresponding Fellow of the medieval Academy of America, Associé correspondant étranger of the Societé Nationale des Antiquaires de France and elected a member of the Academia Europea in 2012.

In 2002, she was the Hugh Balsdon Fellow at the British School at Rome and in 2005-6 Fellow-in-Residence at the Netherlands Institute of Advanced Study.

In 2010 she was awarded the  International Dr A.H. Heiniken Prize in History. She was Scaliger Felow in the Univeristy Library, Leiden in 2010, and Lester K. Little Fellow in Residence of the American Academy in Rome in 2011.

She held the LECTIO Chair 2015 at the Katholieke Universiteit of Leuven's Centre for the Study of the Transmission of Texts and Ideas in Antiquity, the Middle Ages and the Renaissance, was the James Lydon Lecturer in Medieval History and Culture, Trinity College Dublin in 2018, and Guest Professor at the University of Verona, Department of Civilisations and Cultures in Spring 2019. She has been Chair of the Faculty of Archaeology, History and Letters of the British School at Rome since 2013. She has presented many conference papers and lectures at universities in Britain, Continental Europe, North America and Australia. She has also served on academic evaluating and selection committees in Britain, Austria, Germany, Finland, France and the Netherlands.

She was President of the Ecclesiastical History Society 2018-2019 when her chosen theme was the Church and the Law. She was General Editor of Cambridge Studies in Medieval Life and Thought until 2019.

Her current work within the field of the early medieval history of Europe focusses on the degree to which a people’s knowledge and use of the past is an important formative element of political identity, as well as a means of articulating it.

Her particular focus at present is on Rome, Italy and the Franks. This interest in a people’s (re)construction, knowledge and use of the past is also part or her longstanding research on the early medieval manuscript evidence for the role of the written word and books in the exertion of cultural influence.

The Frankish Church and the Carolingian Reforms 789-895, Royal Historical Society, Studies in History (London, 1977); The Frankish Kingdoms under the Carolingians, 751-987 (London, 1983); The Carolingians and the Written Word (Cambridge, 1989); Books, scribes and learning in the Frankish kingdoms, sixth to ninth centuries (Aldershot, 1994); Frankish kings and culture in the early middle ages (Aldershot, 1995); Anglo-Saxon missionaries in Germany: personal connections and local influences. The Eighth Annual Brixworth Lecture, Vaughan Paper No. 36 (Leicester, 1991);History and its audiences(Inaugural lecture) (Cambridge University Press, 2000); History and memory in the Carolingian world (Cambridge University Press, 2004); Perceptions of the past in the early middle ages, (Robert Conway Lectures (Notre Dame, 2006); Karl der Große (Darmstadt 2008 in English as Charlemagne: the formation of a European identity (Cambridge, 2008); Turning over a new leaf: change and development in the medieval Book (with Erik Kwakkel and Rodney Thomson) (Leiden, 2012); Rome and the invention of the papacy: the Liber pontificalis (Cambridge, 2020). 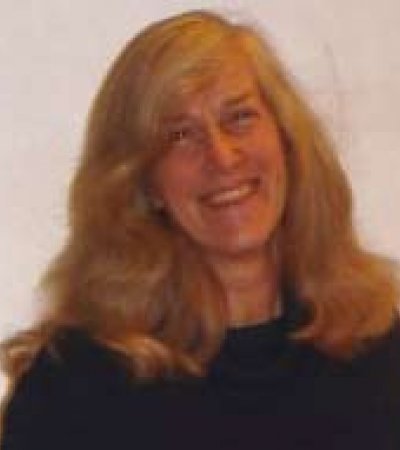 Professor Emerita of Medieval History and former Director of Research, Faculty of History