In 2009, American composer Eric Whitacre was appointed as Sidney's first Composer in Residence; in 2015, that mantle was assumed by British composer and Choir alumnus Joanna Marsh. 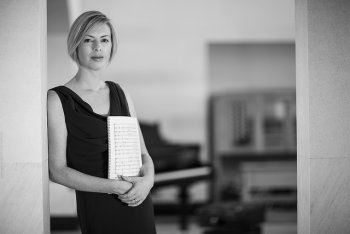 Joanna Marsh is an acclaimed and dynamic composer based in Dubai, where she is co-founder and Artistic Director of the Middle East region's largest choral festival, ChoirFest Middle East. Herself an alumnus and former Organ Scholar of Sidney, she has composed widely, including commissions for the BBC Singers and the King’s Singers. Her first piece for Sidney, Martha and Mary, will premiere at the Chapel in October as part of celebrations to mark the 40th anniversary of women's admission to the College in 1976. 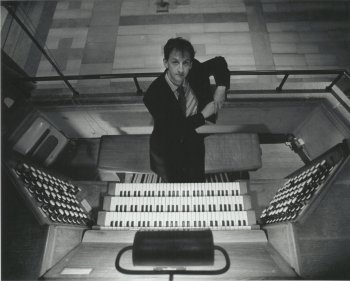 Recognised as "one of the brightest and most active English recitalists" who "plays with immaculate finish and buoyancy" (Classic CD), Stephen Farr is widely regarded as one of the finest organists of his generation, with a virtuoso technique and an impressive stylistic grasp of a wide-ranging repertoire. He combines a busy freelance playing career as soloist, continuo player and accompanist with the post of Director of Music at St Paul’s Knightsbridge, one of London’s most prominent churches. We were fortunate to have Stephen as our Musician in Residence when we took delivery of our meantone chamber organ by Taylor & Boody. 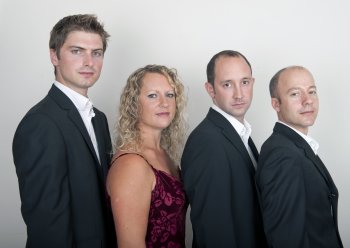 The Tippett Quartet draws inspiration from the past and future alike; it is committed to combining mainstream repertoire with contemporary works, and in doing so has conquered both classical and pop charts. The quartet has performed at the Wigmore Hall, BBC Proms, Cheltenham Festival, Three Choirs Festival, Perth Festival of the Arts, Presteigne Festival, Dartington International Summer School and Lincoln International Festival as well as tours to Europe. It records regularly for labels including EMI, Naxos, Classic FM, Signum, Guild and Dutton and has released 18 discs to date. The quartet frequently performs on BBC Radio 3 and their recordings have been played on numerous broadcast networks around the world. 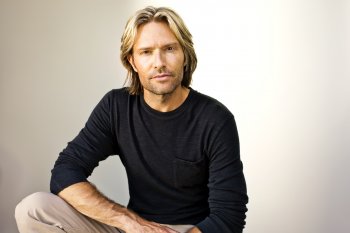 Eric Whitacre's Grammy award-winning compositions are popular among musicians and listeners worldwide. A sought-after conductor, he has worked with the BBC Proms, the London Symphony Orchestra and The Tallis Scholars. Following a successful tenure at Sidney, he is now Artist in Residence with the Los Angeles Master Chorale. Eric composed a number of works for Sidney Choir, including 'Oculi omnium' and 'Alleluia'. 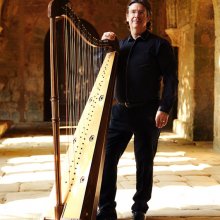 Andrew Lawrence-King’s musical career began as Head Chorister at the Cathedral and Parish Church of St Peter Port Guernsey, whence he won an Organ Scholarship to Cambridge, completing his studies at the London Early Music Centre. He made his professional debut at London’s Royal Albert Hall playing medieval harp in the BBC Promenade Concerts, and rapidly established himself as a versatile continuo-player with Europe's foremost specialist ensembles. In 1988 he founded and co-directed the continuo-group Tragicomedia. He joined Jordi Savall's Hesperion XX, and was appointed Professor of Harp and Continuo at the     Akademie für Alte Musik, Bremen, and the Escuela Superior de Musica de Catalunya in Barcelona. He has also taught at the Sibelius Academy and Helsinki Stadia (Finland), and is a regular teacher at the Historical Harp Society of Ireland’s Scoil ne gClàirseach. 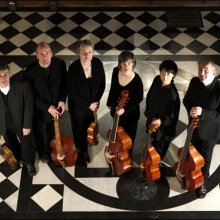 Few other ensembles can match the range of Fretwork’s repertory, spanning as it does the first printed music of 1501 in Venice, to music commissioned by the group this year. Their recordings of arrangements of J. S. Bach have won particular praise, but they have recently   issued a disc containing music by Grieg, Debussy, Shostakovitch, Warlock & Britten. This extraordinary breadth of music has taken them all over the world in the 25 years since their debut, and their recordings of the classic English viol repertory – Purcell, Gibbons, Lawes & Byrd – have become the benchmark by which others are judged. Their 2009 recording of the Purcell Fantazias won the Gramophone Award for Baroque Chamber Music.