See below to discover the history of the Library's buildings, catalogues and donations, and the developments that led to the Library you see today.

The formation of the College Library began soon after the foundation of the College itself in 1596. From its earliest days the Library was situated at the heart of the College, in two rooms above the Chapel which had been formed from the remains of the Greyfriars' refectory. The Library was entered via a staircase at the end of the present passage from Hall Court to Chapel Court. The German bibliophile Uffenbach, who visited Sidney in 1710, remarked that the Library was 'indeed high up under the very roof of the Chapel, but yet tolerably good and well lighted; the books, too, though not numerous, are still in a good state'.

The Old Chapel was demolished in 1776, and the new building, completed in 1782, contained at the southern end the new Chapel and at the northern end, on the first floor, the College Library (now called the Old Library). Not until the 1930s, when the College constructed a purpose built Muniment Room alongside South Court, were the antiquarian books and manuscripts separated from the steadily increasing stock of student textbooks. The Old Library, above the ante-Chapel, continued in use as the student library.

In 1618 the College bought a parchment book, which we still have, in which were professionally inscribed the names of donors and the books which they gave to the Library. Thereafter the book passed out of use. It may well have been temporarily mislaid, like the original College Order Book, in 1639. The Order Book was found in 1674 by the College Librarian, Richard Reynolds, who also brought the parchment book back into use to record further acquisitions. It continued to be used in this way by successive Librarians until the end of the eighteenth century.

In 1674, Reynolds made the first complete catalogue, which remained in use until it was replaced in 1814. In 1921-22, Mr A.H. Cook of the University Library made shelf and card catalogues of the older books in the College and Taylor Libraries. In the working library the catalogue of 1814 was kept up to date until it was superseded in 1938 by the card catalogue made by Miss Keith, and maintained by successive Assistant Librarians until 1995.

Among the earliest gifts were those made by the Earl of Kent and Sir John Harington, executors of the Foundress' will, and by other members of the Harington family, especially Lucy, Countess of Bedford, whose literary patronage has become the subject of academic research. A donation of £100 to the College Library was also made by Philip, first Earl of Chesterfield, whose third son, Ferdinando Stanhope, became a Fellow Commoner of Sidney in January 1635/6.

In 1732 the College received a valuable bequest of property from Samuel Taylor of Dudley, who had become a student at Sidney in 1688. His purpose was to promote the study of mathematics, which he 'apprehended to be of publick benefit and observed in his time to be much neglected in the College'. The sale of mineral properties from the Taylor estates in 1818 and 1823 enabled the College to spend £8,500 on the building and equipment of a Taylor Mathematical Library, housed in Wyatt's addition to Hall Court alongside the Master's Lodge. This formed the nucleus of the College's scientific library, which remained separate from the College Library until 1971.

Following completion of Blundell Court in 1971, the College converted part of the ground floor of Garden Court, built in 1923 to designs by T.H. Lyon, to form the present library. This finally allowed the College and Taylor Libraries to be amalgamated, although many of the specialised works in mathematics, provided under the Taylor Bequest, were removed to the Muniment Room. However, the association continued in the use of the name 'Taylor Library' for the College's holdings in science subjects.

From 1992-93, this undergraduate library, now containing some 30,000 volumes, was remodelled and extended, and a computer suite added, to cope with increasing demand for stock and services. In 1994, on the appointment of the College's first Chartered Librarian, the decision was taken to join the University's on-line Union Catalogue, and to upgrade records for every item of stock to conform to Anglo-American Cataloguing Rules (2nd ed.) Simultaneous reclassification to Bliss (2nd ed.) resulted in a major reorganisation of the library, designed to meet the needs of students well into the twenty-first century.

The new library was named The Richard Powell Library. Sir Richard Royle Powell GCB, KBE, CMG, matriculated at Sidney Sussex College in 1927 and was made an Honorary Fellow in 1972. Entering the Civil Service in 1932, he pursued a distinguished career in the Admiralty and the Ministry of Defence, before his appointment as Permanent Secretary to the Board of Trade from 1960 to 1968. Following an extremely generous donation during the Quatercentenary Appeal which helped to make possible the renovation and expansion of the Library, the library was named in his honour. Sir Richard died on 30 March 2006. 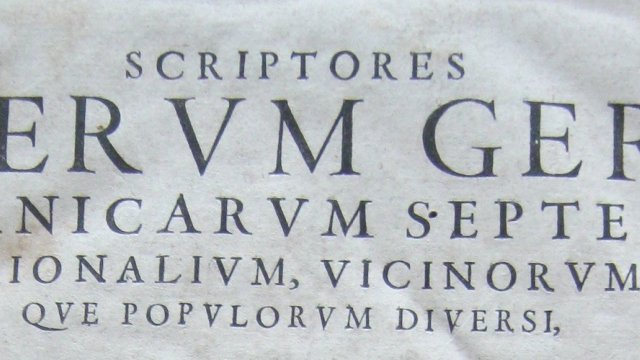 The world's most overdue library book

See below for details of the book with copies of the title page and letters...