Alan Hughes is Professor of Innovation at Imperial College Business School, a position he has held since October 2014.

In 2013 he was appointed to a Life Fellowship at Sidney Sussex College, University of Cambridge, to a Senior Fellowship at the National Centre for Universities and Business and to an Emeritus Professorship at the University of Cambridge. Prior to that he held the Margaret Thatcher Chair of Enterprise Studies at Cambridge Judge Business School from 1999-2013, and was the Director of the Centre for Business Research (CBR) at the University of Cambridge, which he led from 1994 to 2013. He was Director of the National Competitiveness Network of the Cambridge-MIT Institute from 2000 to 2004. He was from 2004-2013 a member of the Prime Minister’s Council for Science and Technology (CST), the UK government's top-level advisory body on science and technology policy issues. From 2009 to 2013 he was also Director of the UK Innovation Research Centre (UK~IRC), a joint venture between the CBR and Imperial College Business School. The UK~IRC was set up in response to the UK Government’s ‘Innovation Nation’ White Paper (March 2008). It was jointly funded by four partners: the Economic and Social Research Council (ESRC); the Department for Business, Innovation and Skills (BIS); the National Endowment for Science, Technology and the Arts (NESTA); and the Technology Strategy Board (TSB). He has held senior visiting positions at the University of Doshisha , Japan, the University of Auckland, New Zealand and the University of Queensland, Australia. His research has been supported by over £15 million of research grants from the Economic and Social Research Council (ESRC), the Engineering and Physical Sciences Research Council (EPSRC), the Arts and Humanities Research Council (AHRC), the Higher Education Funding Council for England (HEFCE), the Leverhulme Trust and a wide variety of national and international sponsors including the European Commission, the United Nations and multiple UK Government departments.

He is widely consulted on policy design and evaluation and has acted in this capacity in the UK and for the governments of Germany the Netherlands and Australia. He is a member of the Patent Expert Advisory Group for the UK Intellectual Property Office; of the EPSRC Strategic Advisory Network, and of the Scientific Advisory Panel of the Ministry of Defence. He has served most recently as a member of the the Capability Review Panel of the Ministry of Defence, as a member of Lead Expert Group for the Foresight project on the Future of UK Manufacturing and on a subsequent committee to review Manufacturing Metrics in the UK. In the past 5 years he has given over 50 research-related conference and seminar presentations to academic, policy and business audiences in the UK, the USA, China, India, Japan, Australia, New Zealand and throughout Europe.

Hughes, A. (with Kitson, M.) (2012), 'Pathways to Impact and the Strategic Role of Universities: new evidence on the breadth and depth of university knowledge exchange in the UK and the factors constraining its development', Cambridge Journal of Economics Special Issue, 36: 712-750. 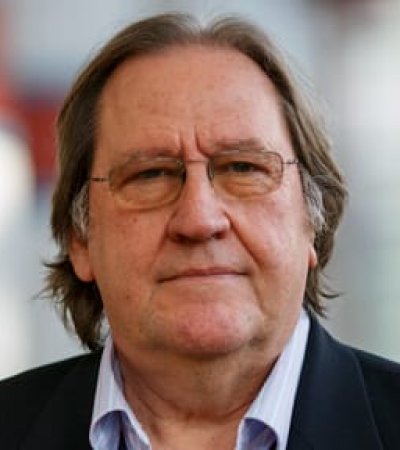