All of you who’ve visited Sidney will, I’m sure, know it’s one of the best – by far the most central College, and actually much bigger than it looks on the outside. It’s also a really friendly community, and you’ll get to know everyone in your year and plenty of other students really quickly.

Doing MML at Sidney is great – in my year there are 5 of us, and a couple more in the year above, so the groups tend to be a nice size. The small size of the MML group at Sidney is great because it means there’s a very strong sense of community and always someone else to ask if you have any questions!

If there are at least two of you doing the same language in your year, you’ll have supervisions together, usually either at the faculty or in Sidney, and if not then you might be put with a couple of people from other colleges. Not much of our course is done within College, as you have weekly grammar and oral classes, and a translation class every other week. These classes comprise of a mixture of Colleges’ students, and there are about 10-15 people in each, so they’re a good way of meeting other people doing the same course! Your Director of Studies (DoS) is College-based though, and you’ll have DoS meetings at the beginning and end of every term, where you can discuss everything, and they also go over your report (each supervisor / class teacher will give you a grade and a few comments at the end of every term). Your DoS is the person to go to if you have any academic queries, concerns or clashes throughout the term, and they also sort out your supervisors (who will then let you know exactly when and where to go). There is also your College Tutor or the whole Sidney pastoral team if you need any other support or advice.

Supervisions (supos) often seem pretty scary, but in MML particularly they’re very relaxed learning experiences, involving lots of discussion and essay feedback. Most of my supervisions are in groups of 3, and they won’t be much bigger than that, so it’s a good way to get to know both your supervisor and other students really well. Supos normally take place every two weeks, so there’s plenty of time to prepare for them if you have work set, and your supervisor will get in touch to organise timings and groups.

Lectures are roughly two per week for each language, and take place at the Sidgwick Site, in the lecture block just behind the RFB (Raised Faculty Building).The Sidgwick Site is across town, around a 15-minute walk away (with a lovely short-cut through Kings’) or an easy 5-10 minute cycle. The MML library is also in the faculty building, and you’ll be using this alongside the College library (which is open 24 hours a day), and occasionally the University Library (‘UL’). They can seem a bit confusing to start with – particularly the UL – but you’ll be inducted during freshers’ week.

For each essay, you have roughly two weeks to write it, which involves reading the book/ watching the film, going to lectures, and reading the secondary material, so as you can imagine, it saves a lot of time if you have already read the books! Normally about 1500-2000 words, essays aren’t usually graded until Easter term (the third term; Michaelmas is the first, Lent the second) so you go through them in supos and receive feedback from your supervisor but don’t have to worry about marks at the beginning.

When you arrive, you obviously have the personal choice of how to organise yourself, but I found it useful to have 4 folders for 2 languages: one for literature and one for language (which covers oral, grammar, translation and linguistics). It’s also great to have some sort of planner, as contact hours are so variable and Cambridge life is very busy. Nonetheless, although this may sound like you won’t have time for anything except work, you can actually make time for extra-curriculars and something resembling a normal uni lifestyle! The Sidney bar is a great place to spend time, as it’s very cheap with a nice pool table, as well as the JCR and Sidney gardens in summer. There are also Union events with lots of talks and debates, theatre plays to be in, lots of (College and University-wide) sports, and obviously lots of other societies.

"Sidney has a really friendly community, and you’ll get to know everyone in your year and plenty of other students really quickly." 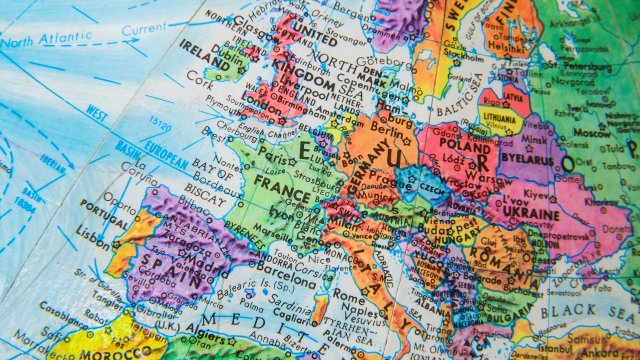