Richard Penty's first foray into the world of optical communications was via a sponsorship with the National Coal Board for whom he designed a 1Mb/s optical line card. He graduated from the University of Cambridge with a degree in Engineering and Electrical Sciences in 1986 and a PhD for research into nonlinear optical fibre devices in 1990. Richard was then an SERC IT research fellow at Cambridge until taking up a lectureship in physics at the University of Bath in 1990. In 1996 he moved to the University of Bristol as a lecturer in electrical and electronic engineering subsequently being promoted to Reader and Professor of Photonics. In 2001 he moved to the Cambridge University Engineering Department. Hed was elected to a fellowship of Sidney Sussex College in 2002. Here he has served as Graduate Tutor, Vice Master and Acting Master, becoming the College's 27th Master in 2013.

Richard is the co-author of in excess of 700 refereed papers and receives many invitations to speak at conferences. He is the head of the Centre for Photonics Systems and Research Director of the Centre for Doctoral Training in Connected Electronics and Photonic Systems. He is a founder of Zinwave, PervasID and EComm. He is the Editor-in-Chief of the IET Optoelectronics journal. In 2012 he was elected a Fellow of the Royal Academy of Engineering. 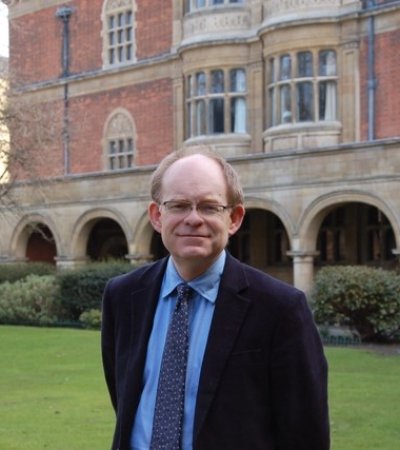 Office of the Master