A Roman social and cultural historian, Andrew Wallace-Hadrill was Master of the College from 2009 to 2013.

For the previous 14 years he served as Director of the British School at Rome. Born in Oxford, son of a distinguished historian of the early middle ages (John Michael Wallace-Hadrill), he took his first degree in Classics at Corpus Christi College, Oxford, and his doctorate, on Suetonius' Lives of the Caesars, at St John's College in the same University.

He moved to Cambridge for his first post, as a Fellow and Director of Studies in Classics at Magdalene College (1976-1983), publishing a book on Suetonius and articles on aspects of Roman imperial ideology. After a spell in Leicester (1983-1987), during which he worked closely with colleagues in sociology and urban history and edited two volumes, he moved to Reading as Professor of Classics (1987-2009).

He edited the Journal of Roman Studies, the leading journal of Roman history and culture, from 1991 to 1995. Interest in Roman material culture led to the publication of a study of Houses and Society in Pompeii and Herculaneum (1994), which won the Archaeological Institute of America's James R. Wiseman Award.

His work in Pompeii led to the development of a joint project with Professor Michael Fulford on a group of houses in Pompeii, and to appointment as Director of the British School at Rome (1995-2009), a post he held simultaneously with the professorship at Reading. Since 2001 he has directed the Herculaneum Conservation Project, a project of the Packard Humanities Institute which aims to protect and study this unique site.

His other publications include, most recently, Rome's Cultural Revolution (2008), published by Cambridge University Press, and Herculaneum: Past and Future (Frances Lincoln, 2011). He has held visiting fellowships at Princeton University and the Getty Museum, and is a frequent contributor to radio and television broadcasts.

He was awarded an OBE in 2002 for services to Anglo-Italian cultural relations. He was elected a Fellow of the British Academy in 2010, and appointed from October 2010 by the University of Cambridge to the title of Professor of Roman Studies.

Professor Wallace-Hadrill is currently Director of Research in the Faculty of Classics at the University of Cambridge. 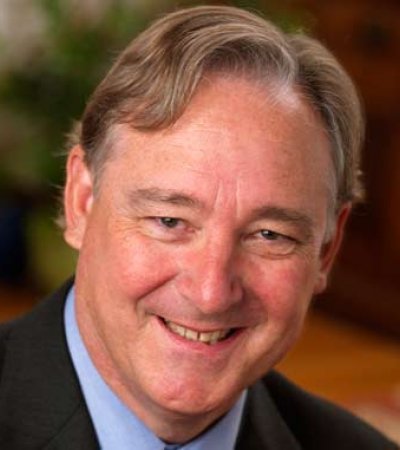