I am a classical archaeologist focusing on the Bronze Age Aegean (3rd and 2nd millennia BCE) with a particular interest in examining the role of burials and mortuary rituals in ancient societies through fieldwork and the study of past excavations.

My research interests include the archaeology and art of Bronze and Early Iron Age Aegean, mortuary archaeology, the history of the antiquities trade, and the integration of material, textual, historical and scientific-based research into the narrative of classical archaeology.

Before coming to Cambridge in 2013 to join the Faculty of Classics and Sidney Sussex college, I studied at the Universities of Athens (Greece) and Oxford (Keble College), where I also worked as the Curator of the Early Greek collections and the Sir Arthur Evans Archive (Ashmolean Museum, 2007-2012). I am currently the Director of the Museum of Classical Archaeology and Director of Archives in the Faculty of Classics in Cambridge. At Sidney Sussex, I am the Director of Studies for Part 1B and II in Classics and Part II in Archaeology.

My research focuses on examining how and why the social dimensions of human life shape archaeological remains in funerary contexts and for this reason I am keen in integrating different datasets (from skeletal and faunal remains to geoarchaeological data) to better understand site formation processes and how tombs were constructed, used and reused. I am currently co-directing an excavation in central Greece and I am also responsible for the publication of a number of old excavations from Thessaly, Messenia and Crete.

In 2013, I published The Aegean World. A Guide to the Cycladic, Minoan and Mycenaean Antiquities in the Ashmolean Museum, and in 2017 (with A. Christophilopoulou and J. Grime) Codebreakers & Groundreakers. I regularly integrate archaeological and archival/historical data in my publications in order both to question and to understand better how knowledge is produced. While working at the Ashmolean Museum in Oxford, I became interested in understanding the factors – aesthetic, economic and political – that shaped the collections that museums house today. I am a member of the Cambridge Heritage Research Centre. My current heritage project is a monograph entitled The Digger, the Dealer and the Diplomat: the 19th-century antiquities trade in Greece.

2014 [with T. Wilkinson and J. Bennet] ATHYRMATA: Critical Essays on the Archaeology of the Eastern Mediterranean in Honour of E. Susan Sherratt, Oxford.

2013 The Aegean World. A Companion Guide to the Cycladic, Minoan and Mycenaean Collections in the Ashmolean Museum, University of Oxford, Oxford and Athens.

2017 [with E. Tsitsa and U. Günkel-Maschek] ‘The power of images: re-examining the wall paintings from the Throne Room at Knossos’, Annual of the British School at Athens 112, 47-98

2017 ‘‘Spy-hunter' as antiquary: Major A.G. Wade, cultural politics and the British Salonika Force collection at the Ashmolean Museum in Oxford’, in Shapland, A. and Stefani, E. (eds.), Archaeology behind the battle lines: The Macedonian campaign (1915–19) and its legacy, London, 181-203.

2016 ‘A roof for the dead: tomb design and the "domestication of death" in Mycenaean funerary architecture’, in Dakouri-Hild, N. and Boyd, M. (eds.), Staging Death. Funerary Performance, Architecture and Landscape in the Aegean, Berlin, 155-177.

2016 ‘Fire, fragmentation, and the body in the Late Bronze Age Aegean’, in Mina, M., Triantaphyllou, S. and Papadatos, Y. (eds.), Embodied Identities in the Prehistoric Eastern Mediterranean: Convergence of Theory and Practice, Oxford, 189-196.

2015 ‘Exhibiting the Minoan Past: From Oxford to Knossos’, in Cappel, S., Günkel-Maschek, U. and Panagiotopoulos, D. (ed.), Minoan Archaeology. Perspectives for the 21st Century, Louvain, 17-34.

2014 ‘Arthur Evans and the quest for the “origins of Mycenaean culture”, in Galanakis, Y., Wilkinson, T. and Bennet, J. (eds.), ΑΘΥΡΜΑΤΑ: Critical Essays on the Archaeology of the Eastern Mediterranean in Honour of E. Susan Sherratt, Oxford, 85-98.

2013 ‘Early prehistoric research on Amorgos and the beginnings of Cycladic archaeology’, American Journal of Archaeology 117:2, 181-205.

2013 [with M. Nowak-Kemp] ‘Ancient Greek skulls in the Oxford University Museum, Part II: the Rhousopoulos-Rolleston correspondence’, Journal of the History of Collections25:1, 1-17 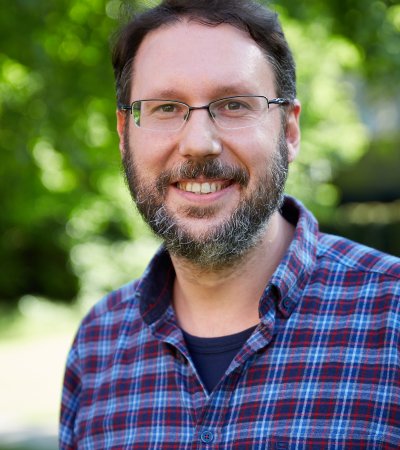