His research has centred around music institutions, manuscripts and composers of 16th-century Europe, and is particular specialism is music and the Reformation in England. A large portion of his doctoral thesis was published in the Roxburghe Club volume The Arundel Choirbook (Arundel: Duke of Norfolk, 2003), and he has since published a number of music editions, facsimile volumes, and articles. as well as more than 30 commercial recordings (awards including Gramophone, BBC Music, Limelight, Times CD of the Year, and others). Dr Skinner’s recent publications include The Anne Boleyn Music Book: Facsimile with Introduction, DIAMM Facsimiles 6 (London: Royal College of Music, 2017), and ‘‘Deliuer me from my deceytful ennemies’: A Tallis Contrafactum in Time of War’, Early Music (Oxford University Press, 2017). The latter project, in which Queen Catherine Parr was identified as the author of a contrafact of Tallis’s grandest antiphon Gaude gloriosa dei mater, received wide media coverage including all major broadsheets, BBC 4 Today Programme and BBC Breakfast News. As a presenter he has worked extensively for BBC radio, appearing in and writing a variety of shows on Radio 3 and 4. He acted as music advisor for the Music and Monarchy series on BBC 2 with David Starkey, and was Music Consultant for the recent BBC4 documentary on the history of Evensong with Lucy Worsley. He is currently completing a new edition of Tallis’s Latin church music for Early English Church Music (Stainer & Bell). 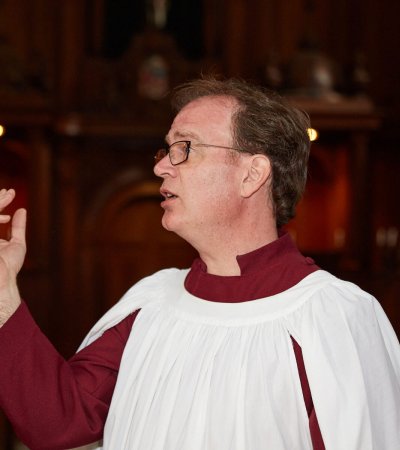