Dr Arun Prasad Pandurangan is an External Director of Studies in Natural Sciences.

Currently, he is investigating the problem of annotating genome and proteome sequences with three dimensional structures of known protein domains for the purpose of elucidating the relationship between protein sequence, structure, disorder, function and dynamics. His long term interest focusses on the development of computational approaches to study the impact of mutations on disease and drug resistance. As an Associate Editor, he is currently editing a research topic on this theme. He is also serving as an Associate Editor for BMC Bioinformatics Journal.

Arun Prasad Pandurangan has volunteered as a Science Communicator in various public event including the Cambridge Science Festival (2016-2017), 'Ask a biologist' at New Scientist Live 2016, LMB’s Challenge Project for high school strudents and Cambridge Big Biology Week 2018. He is a Member and an Ambassador of the Royal Society of Biology as well an active STEM Ambassador. 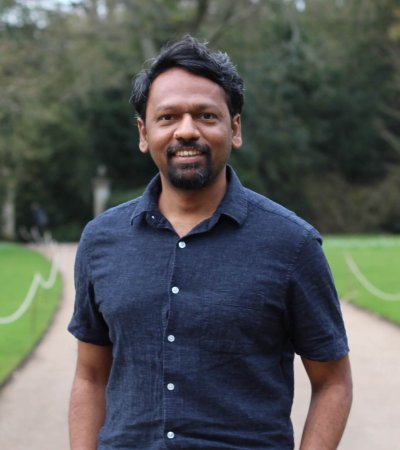 Design and development of computations tools to understand the relationship between sequence, structure and function of biological macromolecules.