Sidney Sussex has a junior and senior Organ Scholar; there are two student organists in residence in any given year.

Organ Scholars are provided with an annual stipend, comfortable rooms with a piano, and the costs of organ and singing lessons are borne by the College. On a daily basis the Organ Scholars have access to the 2016 Flentrop organ, the Taylor & Boody chamber organ, the Mietke harpsichord and the Steinway Model D grand piano. They also receive an annual stipend in line with the Cambridge University Organ Scholarships scheme and free organ and singing lessons. Other perks include free national and international tours, Choir formals, and a number of social events throughout the academic year. For further information, please contact the Director of Music or visit the University of Cambridge's Organ Scholarship webpage. 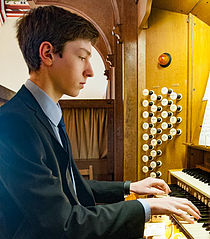 Jim was born in Bedford and attended Bedford School from the age of seven. In early life, he was primarily a trombonist, achieving grade 8 with distinction at the age of twelve, and performing as a member of the National Youth Orchestra. During his time with the NYO he performed in several television and radio broadcasts including at the BBC Proms. He has had the opportunity to work with conductors including Vasily Petrenko, Edward Gardner, Sir Mark Elder and François-Xavier Roth, performing at venues including the Barbican, the Royal Festival Hall, the Sage and Birmingham Symphony Hall.

Jim sang in Bedford School Chapel Choir as a chorister and then later as a choral scholar. He began learning organ at the age of fourteen and, when he reached sixth form, accompanied the choir each week in their weekly services. In November 2015, the Choir performed at the Royal British Legion's annual Festival of Remembrance at the Royal Albert Hall, an event with a television audience of around seven million worldwide. He has appeared as an organist on recordings with Bedford School, Heathmount School, and Sidney.

So far during his time at Cambridge, aside from the Choir’s busy schedule of recordings, tours and regular services, Jim has performed as a soloist at the St Albans International Organ Festival. He was the pianist for the Choir’s own choral play, ‘Xavier and Aisha’s Great Choral Adventure’, at the Dubai Opera in July 2017, which he also helped to devise. He performs regularly as a visiting organist in Bedford, Cambridge and London.​ 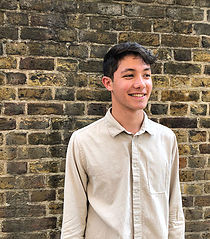 Hugh Rowlands is the Junior Organ Scholar at Sidney, and a first year music student. He began his musical training as a chorister at Westminster Abbey where he sang in the daily round of services, as well as at numerous special services and state occasions, including the 2011 Royal Wedding and at St Peter’s Basilica and the Sistine Chapel in Rome. He then went on to be a music and academic scholar at The King’s School, Canterbury where he learnt the organ with David Newsholme and Tom Bell. During his gap year he was Organ Scholar at Royal Hospital Chelsea. In addition to accompanying the choir in their weekly Sunday services, he also appeared with them in concerts in the Royal Hospital’s Wren Chapel and at Cadogan Hall as well as a deputy on the London church music circuit. He appears on two recordings as accompanist to Royal Hospital Choir of previously unrecorded choral works by Ralph Vaughan Williams on Albion and a recording of music for Remembrance on SOMM. Hugh has given recitals at St George’s Chapel, Windsor and Holy Trinity, Sloane Square. He takes a keen interest in new music and has appeared with the London Contemporary Orchestra at London’s Union Chapel as well as workshops for Organ Reframed festival, which aims to release the organ from its traditional roots. 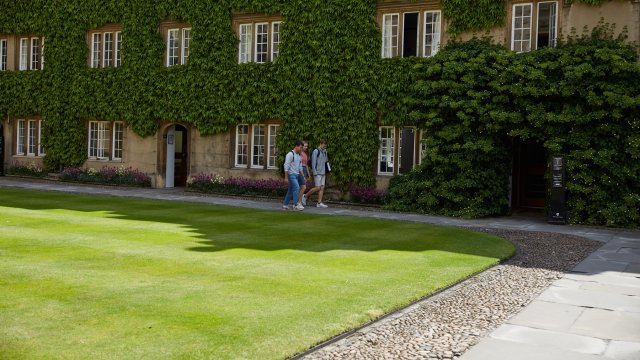 Find out more about applying to Sidney Sussex