A major 2,500-year history of democracy published by Sidney Fellows

Several years ago, Professor Eugenio Biagini undertook the daunting task of assembling a task force of sixty-six scholars to write essays on the history of democracy from ancient times to the present.

The resulting seventy essays have now been published by Bloomsbury as part of a six volume series, entitled A Cultural History of Democracy. Biagini oversaw the entire operation from start to finish, assembling editor teams to organise each of the six volumes. Sidney Fellow Professor Gary Gerstle joined Biagini as co-editor of the sixth and final volume, A Cultural History of Democracy in the Modern Age. Both Gerstle and Biagini have also contributed essays to this volume.

Few other histories of democracy can match this Bloomsbury set in terms of breadth across time and space and in terms of its concern both with the institutions integral to democratic governance and with the cultures of race, ethnicity, gender, and religion that have so powerfully influenced democratic practice. Biagini and Gerstle encouraged their authors to develop a global perspective; all the essays, therefore, analyse democratic successes and failures from 1900 to 2020 not just in the North America and Europe, but also in Africa, Asia, Latin America, and the Antipodes. This global orientation, Biagini and Gerstle believe, is one of their volume’s most important features. The contributors to A Cultural History of Democracy in the Modern Age are frank about eras of democratic failure and retreat, including the one that is engulfing the world at this moment. But they also demonstrate, in their essays, democracy’s capacity—often surprising and unexpected—for reinvention and renewal.

A Cultural History of Democracy | Bloomsbury

28 May 2021
If you have something that would make a good news or feature item, please email news@sid.cam.ac.uk

A group led by Sidney PhD student, Ana Gatóo, is featuring in the 2021 London Design Biennale. Her team have focused on global forestation, and a future of design that responds to the climate emergency.

The Champion of the Thames Rowing Club ran Champs Eights Head last month on a 1450m course from the Plough to the site of the former Penny Ferry pub. Sidney Sussex Boat Club’s Publicity Officer and Medicine undergraduate, Fizz McNally, is here to fill us on how Sidney fared this year.

Sidney postgraduate Rob Newby and the rest of the Cambridge men’s cricket team notched a win at the One-Day Varsity match. Rob is here to give us the details on how the match played out. 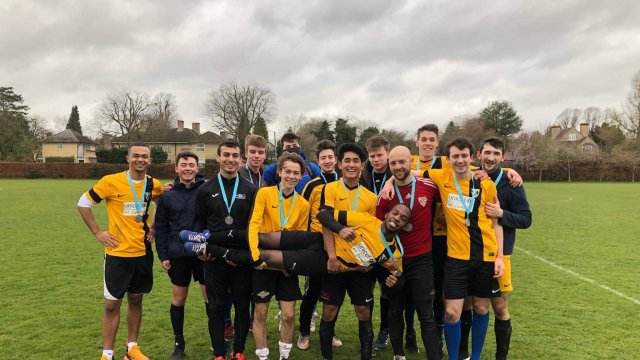 Sidney competes in the Cuppers

Football returned to Cambridge with some closely fought contests in the Cuppers competition. Sidney men’s football captain Fergus Buscall is on hand to fill us in on Sidney’s performance so far.